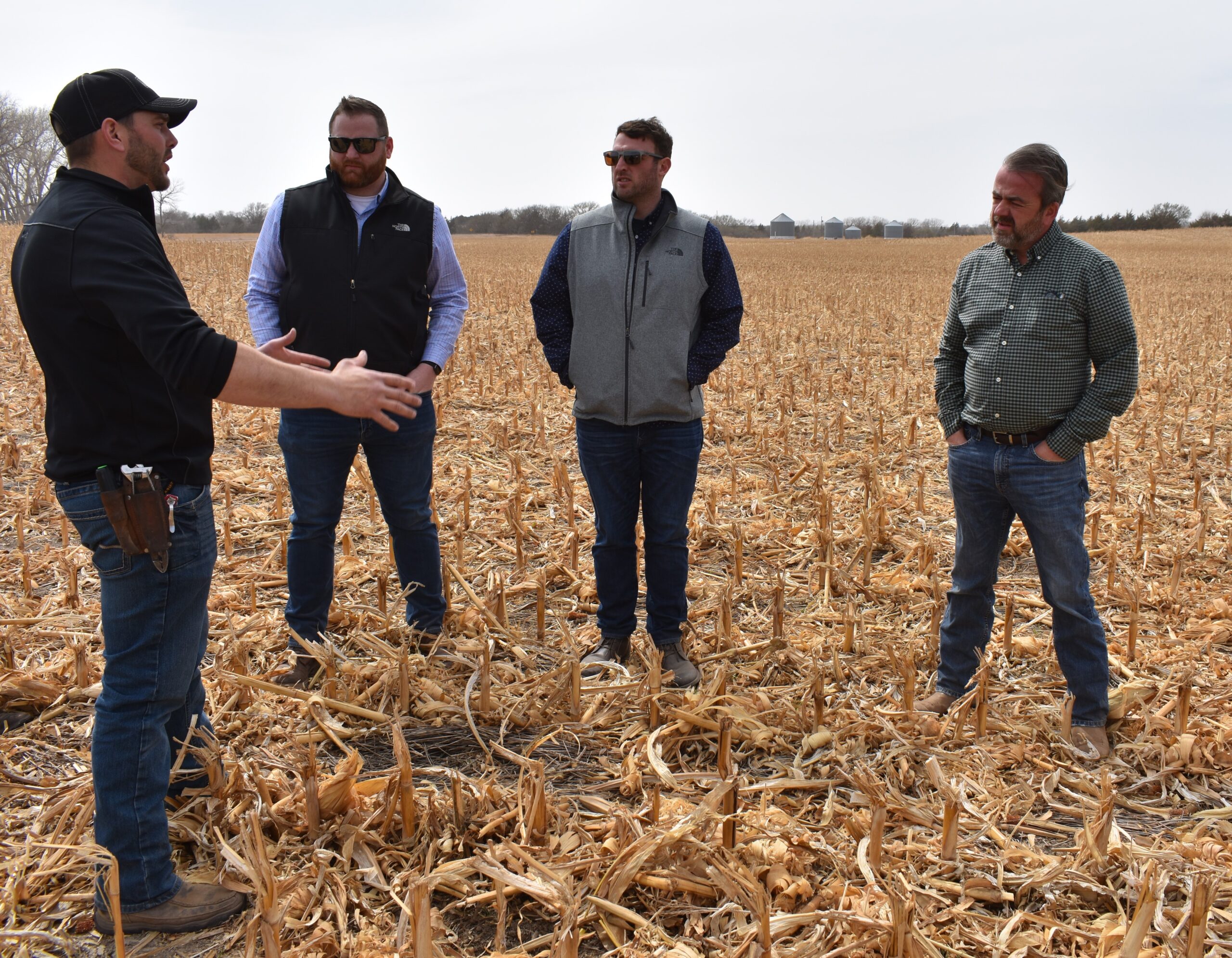 The U.S. Department of Agriculture (USDA) Farm Service Agency (FSA) provides price support, disaster support, conservation, and farm loan programs to agricultural producers in all 50 states and Puerto Rico. To learn more about the agency’s current programs and its focus for the future, Irrigation Leader spoke with a leader who brings decades of policy and hands-on agricultural experience to the table: the new FSA executive director for Nebraska, John Berge.

Irrigation Leader: Please tell us about your background and how you came to be in your current position.

John Berge: I’m from western Nebraska and have lived here most of my life. I worked on agricultural issues for United States Senators Jim Exon, Bob Kerrey, and Ben Nelson here in Nebraska. Then, at the end of the Clinton administration, I spent some time at the FSA. I worked as the White House liaison to the USDA in the Obama administration and was later appointed acting assistant secretary of agriculture for congressional relations. I served as the FSA’s deputy administrator for field operations before I moved back to Nebraska. Before I accepted the position of FSA state executive director for Nebraska, I spent about 9 years as the general manager of the North Platte Natural Resources District in Scottsbluff.

My career has been predominantly focused on agricultural policy, but that doesn’t tell the whole story. My passion for this work goes back to growing up on a corn and wheat farm in western Nebraska. Our family fell victim to the farm crisis in the early 1980s, and in 1984, we lost a farm that had been in our family for seven generations. One of the defining moments of my life was walking with my dad around the farm that we were about to sell as he pointed out what we were keeping and what we were selling. That’s why I chose this profession—to help others avoid this type of experience.

Irrigation Leader: Please introduce the FSA and its mission.

John Berge: The predominant mission of the FSA is to provide price support, disaster support, conservation, and farm loan opportunities for agricultural producers across the country. Here in Nebraska, we have 71 county offices and 412 employees, all of whom work together to administer programs that help our farmers and ranchers build, sustain, and grow their agricultural operations. For example, we implement disaster programs such as the Livestock Forage Program, farm loan programs, and the Conservation Reserve Program (CRP). The FSA employs around 10,000 people across the country and has a presence in all 50 states and the territory of Puerto Rico. Most of our employees either grew up on farms or in rural communities or run their own farming operations, so they have an immediate and visceral tie to the programs that we administer. 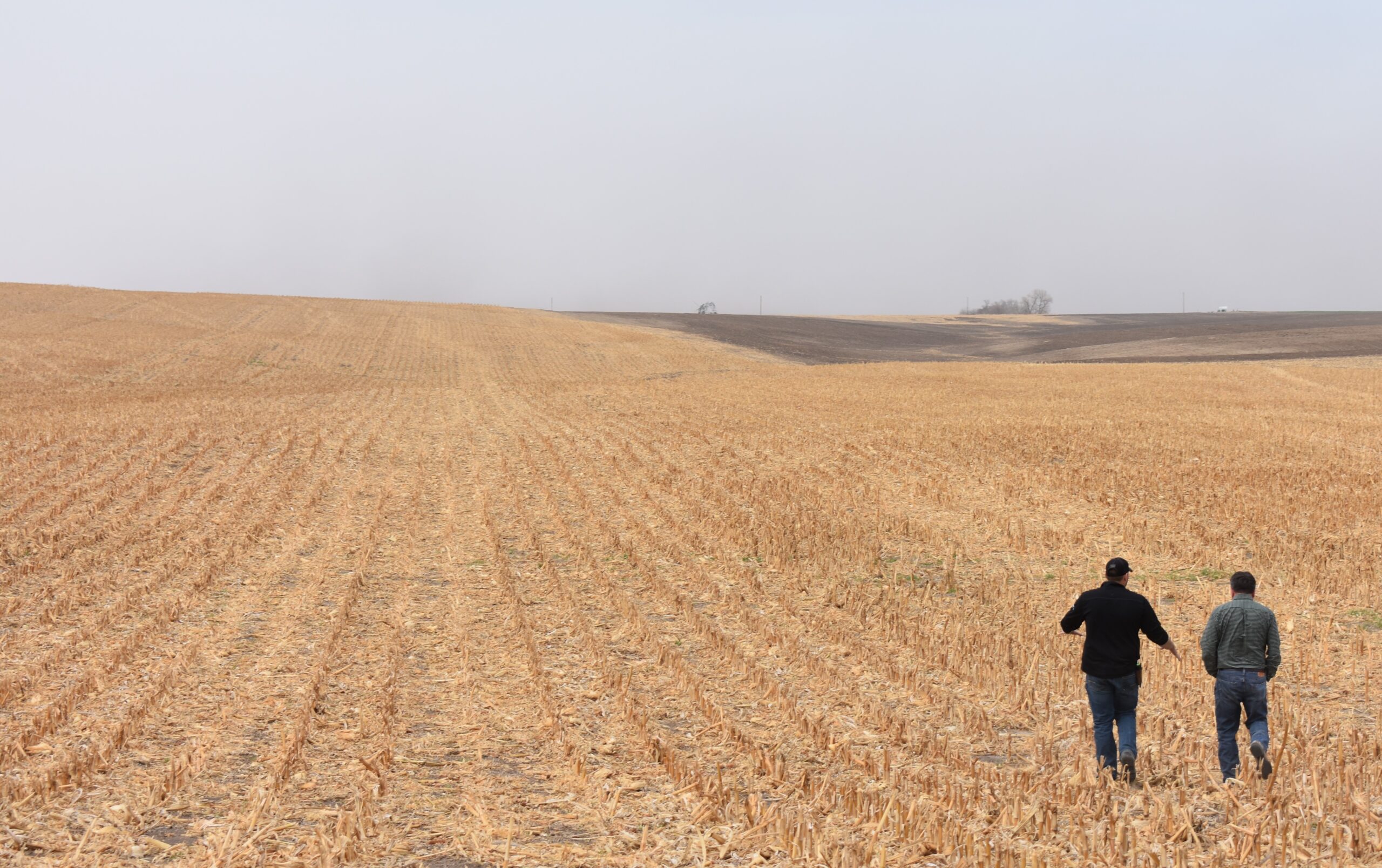 John Berge, right, walks through a corn stubble field with Arapahoe-area producer Drew ten Bensel. The dark area in the distance is the burn scar of a recent wildfire, which burned roughly 35,000 acres. All the corn stubble that was in that area was burned off in the wildfire, exposing bare ground that has been under no-till cover for years.

Irrigation Leader: What are the main responsibilities of the Nebraska FSA?

John Berge: Our work falls into a few different categories. On the loan-program side, we provide direct ownership and direct operating loans to customers and work with local lenders to provide guarantees for the ownership and operating loans they make to customers. We have a large loan portfolio: about $1.8 billion in terms of financing operations in Nebraska. We also have a significant Beginning Farmer and Rancher Program, which helps young people get into the business of agriculture. We also work to support operations owned by veterans and the socially disadvantaged through our loan programs. We also administer Farm Bill programs like the CRP and price-support programs that aid producers financially when their margins get a little too tight. Disaster-assistance programs are also a big part of our workload when Mother Nature doesn’t cooperate. All of this grew over the past 70–80 years out of the USDA’s interest in ensuring a cheap and abundant food supply in the United States. Not a lot has changed in terms of what the FSA does. The Farm Bill is authorized and funded every 5 years or so, and when that happens, we adjust what we administer. We used to only work on foodstuffs and create subsidies for what was grown to feed livestock or people. Then, we expanded to support fiber, cotton, and other materials used in textile manufacturing. Later, we expanded into fuel, and today, we support renewable fuels as well.

Irrigation Leader: What are the top issues you respond to today?

John Berge: We have a lot more disasters today than in the past, so we’re dealing more frequently with regular and ad hoc disaster programs. For example, in Nebraska, we’re currently in what the National Weather Service calls a D2, or severe, drought in a majority of the state, and that’s likely to turn into a D3, or extreme, drought. The drought classifications trigger a  forage program to help offset the needs of livestock producers. We had several floods 3 or 4 years ago that devastated productive land. We have a program called the Emergency Conservation Program that provides mitigation money after flood damage for things like rebuilding topsoil or building conservation structures, such as terraces.

Because we’re seeing all these extreme weather disasters, we’re looking more globally at ways we might be able to play a role in addressing climate change. What drew me back into government service was the notion that working lands can be a part of the climate solution. Farmers really are the best stewards of the land if given the right opportunities. With a voluntary, incentive-based approach to conservation, we might be able to help address nitrates in groundwater, water quantity problems after extended periods of drought, tillage practices, cover cropping, and perhaps even carbon capture over the long term. It’s exciting that working lands can be a part of the climate solution. This is a big initiative of this administration. It will be interesting to see how Congress and the administration can figure out how we can continue to be part of that solution. I’d also like to highlight the aging workforce in farming and agriculture, and how important recruiting and retaining a workforce in this line of work is. I think that people in positions like mine need to focus on ways we can draw people who have left these rural communities back to them so that they can serve the industry that has served them well.

Irrigation Leader: To what degree do you work directly with irrigation districts themselves?

John Berge: We have 8 million acres of irrigated land in Nebraska. Our programs directly affect virtually every agricultural producer, so it stands to reason that virtually every irrigated producer is a participant to some extent in our programs. Our programs are responsible for about $1.7 million worth of net farm income. Part of that income is used for input costs, which includes some of the operation and maintenance fees people are paying to their irrigation districts, so by supporting our agriculture industry, we are indirectly working with and supporting our irrigation districts.

Irrigation Leader: How does your background in agriculture and your management of a natural resources district inform
your current work?

John Berge: Part of the joy of managing a natural resources district is that you’re directly in contact with farmers on a routine basis. Working directly with the people you’re serving, understanding their goals and ambitions for their properties, and trying to fit those into a solution is good training for working on a broader scope of issues through the FSA. Experience in agricultural policy and knowledge of what has worked and what hasn’t historically are also important. I also frequently use what I learned growing up on a farm in my work today.

Irrigation Leader: How will climate change affect your work in Nebraska?

John Berge: I think we’re already seeing it in this extended drought. In the east, around Lincoln and Omaha, you can expect 30–40 inches of precipitation a year. In the area of western Nebraska where I am from, you would be lucky if you got 8–10 inches. Nebraska is heavily reliant on irrigation, particularly in the western part of the state, just because of the lack of rainfall. Much of that irrigation is dependent on the federal surface water districts that were built in the early 1900s, which rely on snowpack from the Rocky Mountains in northern Colorado and southern Wyoming. That snowpack has diminished a great deal over time. The last time I checked, a few weeks ago, it was 85 percent of normal in the North Platte basin, which feeds many of the projects that bring water to the Nebraska Panhandle. On top of the lack of snowfall is the beetle kill that has occurred in those forests. That is also likely a direct result of climate change, because warmer temperatures allow the beetles to live longer in the year and at higher altitudes. With fewer trees, the snow melts more quickly and can’t be captured in reservoirs for later use in irrigation. From a water quantity perspective, climate change has clearly affected the western part of the state.

We’ve had severe flooding on both the Niobrara and Missouri Rivers in northern and eastern Nebraska because of calamitous rainfall. These are 100‑year events that are happening every 2 or 3 years. Dams are breaking, roads are being washed away, and farmland and topsoil along the rivers are being washed away. Those are big effects, and they’re directly related to climate change. Events like those require the FSA to spend a lot more money and federal resources on disaster programs such as the Emergency Conservation Program.

Irrigation Leader: What is your vision for the future?

John Berge: We have a great opportunity to be leaders in the production agriculture space, especially in addressing some of these long-term issues. If we can make investments in disaster and conservation programs in a way that builds resiliency and helps mitigate the effects of climate change, we will be positioning agriculture for the future. I think that there is a real opportunity to use working lands to address some of these problems in a voluntary, incentive-based way. Rural America is good at creating a safe and plentiful food system while addressing the importance of renewable fuels and climate resilience. 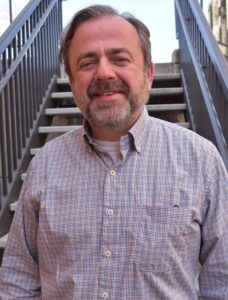 John Berge is the state executive director for Nebraska at the Farm Service Agency. He can be contacted at john.berge@usda.gov.

Reprinted, with permission, from the May 2022 Issue of Irrigation Leader.